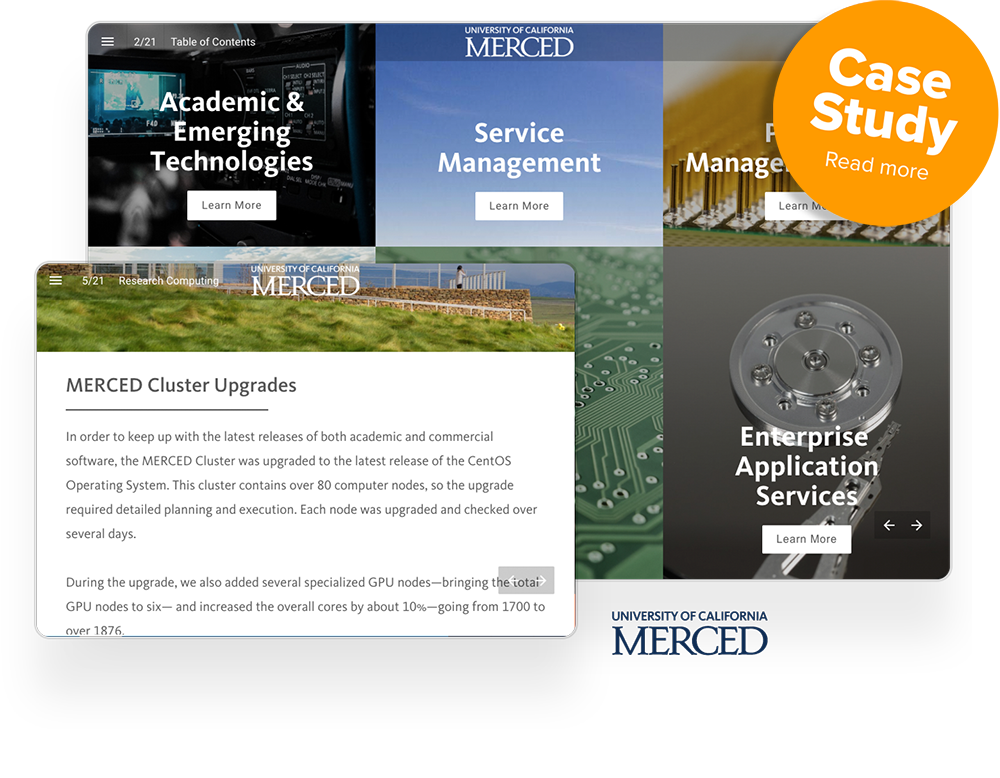 We interviewed Christy Snyder, Communications Director at UC Merced, to hear how she has reignited audience engagement with the Office of Information Technology’s annual reports.

“I searched for solutions or products that would let me build something similar to a web page. Honestly, I didn’t find anything I liked except your product.”

Tell us about UC Merced and your department

I work as the Communications Director for the Office of Information Technology at UC Merced. It’s my first year in this position, but my department had produced two annual reports before working with Foleon.

The Office of Information Technology has the same challenges as any other office on a college campus. First and foremost, we have a limited budget. Because technology runs everything we’re doing, we’re expected to support the entire campus. But our work feels a little invisible because everyone just expects their technology to work. No one realizes how much effort goes into that seamless experience.

What challenges were you facing before signing up for Foleon?

The challenge for us has been communicating the value that is intrinsic in everything we do. We want to make sure that the campus recognizes that we are doing everything we can to spend the least amount of money and get the best service possible to ten thousand technology users. That’s been difficult to convey in a way that they would find interesting enough to keep reading.

What were you using for annual reports before Foleon?

Our older reports were made in InDesign. As late as 2017, we were still printing some copies for campus leadership and using a tool along the lines of FlippingBook to put them online. They were static and not particularly engaging, especially for a typical reader. No one was engaging with any of the content.

How was this affecting the university (offer specific metrics if you can)?

I can tell you that the few print copies we produced most likely got recycled pretty quickly. So it’s just a wasted cost at that point. Until this year, nobody knew, or everybody says that they didn’t know, that we produce an annual report. Campus leadership would read the reports, but the typical UC Merced end user did not know we produced one.

Why did you choose Foleon among other vendors?

The CIO and I were talking about possible solutions, and she mentioned that she had always wondered if we could do this on something like a web page. She sent me an example from a university that had created a static page with very few moving pieces. It was the longest web page that I’ve seen in my entire life. I liked the concept of it, though, because I’m a little bit more digital than print personally. So I started Googling around, searching for solutions or products that would let me build something similar. Honestly, I didn’t find anything I liked except your product.

I understood what Foleon could do as soon as I saw it, and I said, “This is going to be the thing.” But it wasn’t just the right tool for our annual report – I could see the value that this could bring to the campus as a whole. So instead of simply buying a single license and project for our annual report, I partnered with some other key departments to purchase a broader license with more seats and publication types. As it happens, I had the most pressing publication deadline, so the annual report was the first thing that was produced in Foleon.

As I started putting things together, my CIO, in particular, was really happy with it. When we published, people were sort of like, “Wow, that’s a big departure.”

How difficult was the transition from your prior format to ours?

The drag and drop capability is so easy that once you go through that one-week learning curve, you’re set. I, for the most part, was really pleased with how easy it was. It was a simple process, and as I kept building, I kept seeing more possibilities. So for me, there was this amazing creative process, where I was realizing we can totally flip the way that we communicate with the rest of campus.

How did Foleon help you with the production of your new publications?

We have always gotten some great service from you guys. The only frustration I initially had was that your support was based in the Netherlands. The hours didn’t always sync up. Since you addressed that, though, it’s been fantastic. It’s pretty much a 24-hour turnaround on most things. Less in many cases!

How have your stakeholders reacted? Would you say you accomplished your initial goals?

We were getting emails from the Provost saying “I want to send this to the UC Office of the President.” We were getting questions from CIOs on other campuses asking “What did you do? How did you do this? We want to do something just like this.” And then, of course, we immediately got calls from everywhere on campus saying “We would like to be able to use to that platform now. Can you please give us access?”

You know, we produced a 20-page document, and I don’t expect that people read the entire thing. At the same time, I do expect that they interacted with it more thoroughly than they would in a different format. Everything else that’s happened — that we’ve adopted this platform for a lot of our other publications and that our university as a whole is better represented by this platform — is just kind of a bonus.

How did you handle distribution?

We went very simple with distribution because we didn’t think the interest would extend beyond an initial bump. We have an email service on campus that we use for distribution to all of our audiences, so we produced a nice looking email with a short message from the CIO, introducing the report and inviting people to explore it.

We sent that out and some of our key stakeholders made sure they pushed it further down the chain to their key users, who may have ignored or missed the first email. We shared it on social media, and we had a page dedicated to it on our website.

What are your plans for the future?

OIT has already expanded our use of the tool to include a brochure for our faculty orientation guide that we produced right before the beginning of our fall semester. It was just a short guide to all our services, which conveys the information in a way that is easily digestible but attractive enough to draw readers in. I think that’s something that we’ll do each semester.

We also plan to do something for student services for next fall, and of course, the 2018 annual report is on the horizon, too.

Our External Relations unit has taken off running with the Foleon platform this year, producing some amazing and beautiful publications. They created a great magazine for our internal users called Inside UC Merced, and they’ve also begun a new series called The Future Of…, which is published every two months and allows them to highlight broad areas in which UC Merced is “building the future.” In fact, they recently won bronze in the 2018 CASE District VII Awards of Excellence for Innovative Use of Technology for that series.

I’ve heard that our admissions recruiters, who go out to different high schools and give presentations about UC Merced, have talked about creating a living brochure to act as an interactive backdrop for their presentations so students can scroll down and see videos in action while the recruiter is talking. It’s a way of conveying to them what it’s like to be on campus. I think there are so many more uses which we’ll explore in the coming years, too.

What tips would you share with new Foleon users?

My tip would be to go and look at the other inspiring content that Foleon has on the site. That helped me conceptualize the full realm of creative possibilities.

I was getting my inspiration from your Volvo ads. That’s a giant company, with a huge budget and creative staff. It’s saying a lot that I can look at their work and make something similar all on my own — I’m a team of one. Foleon evens the playing field, and I like that. 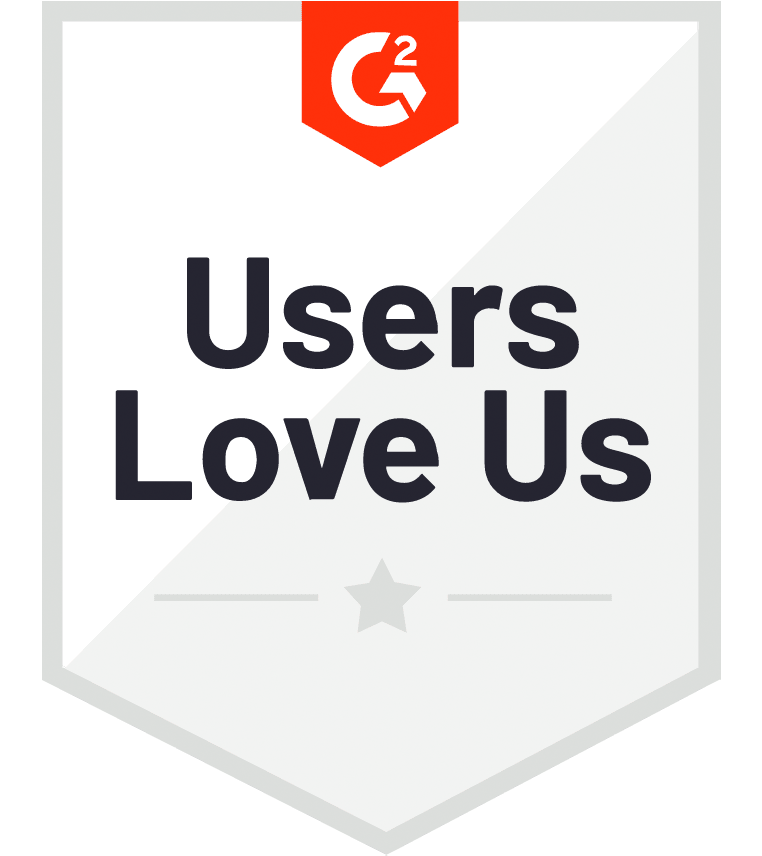 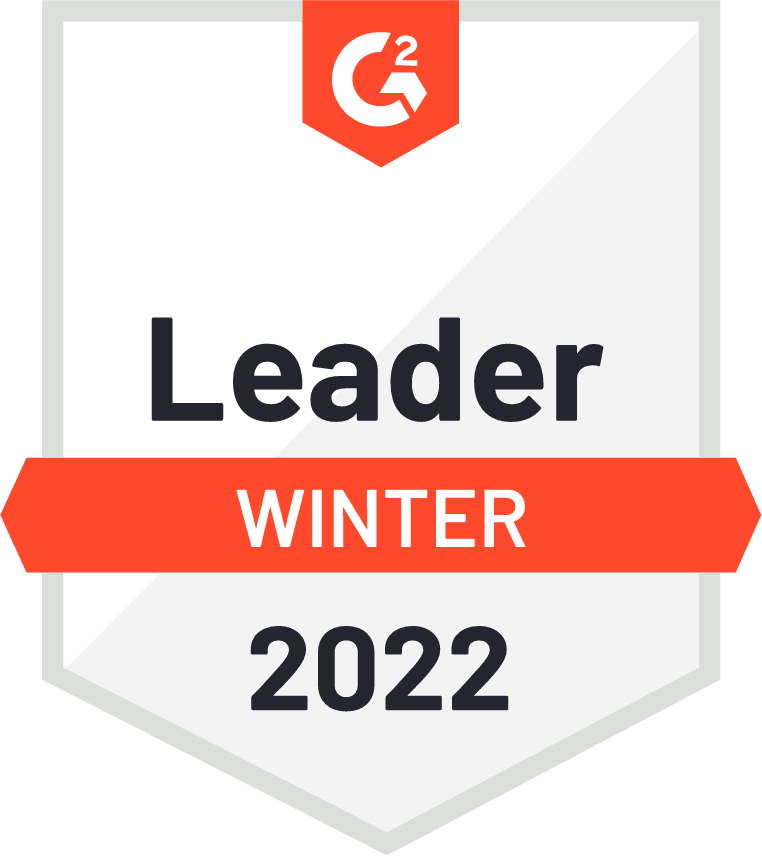 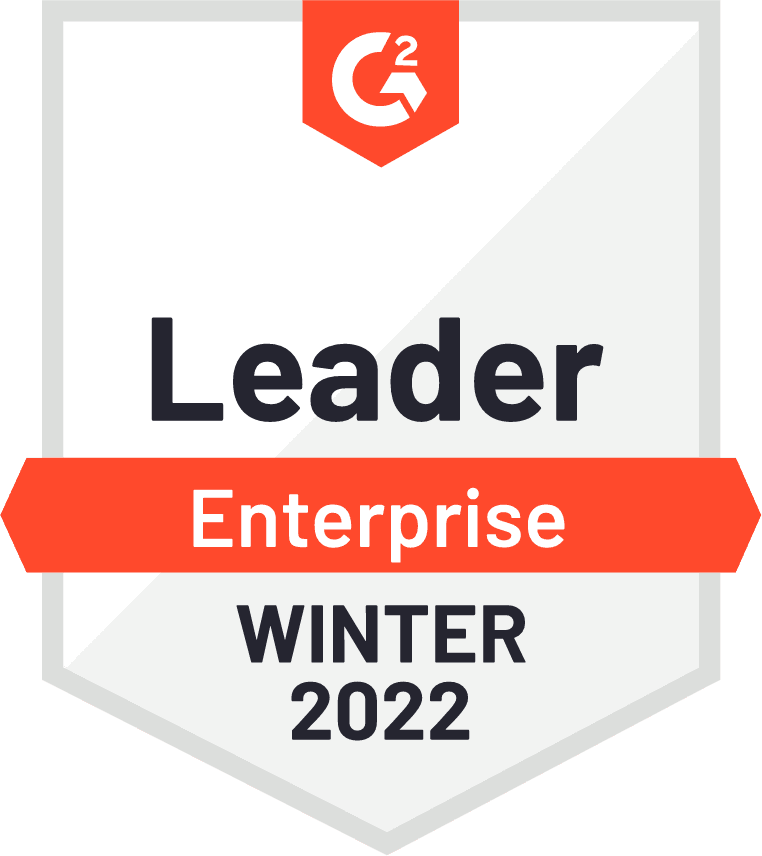 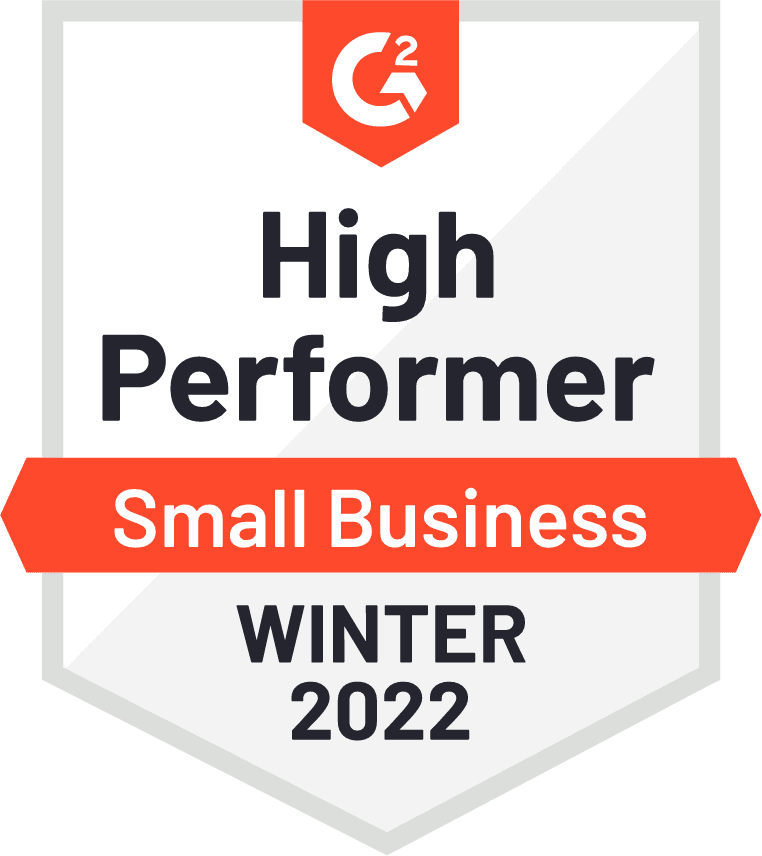 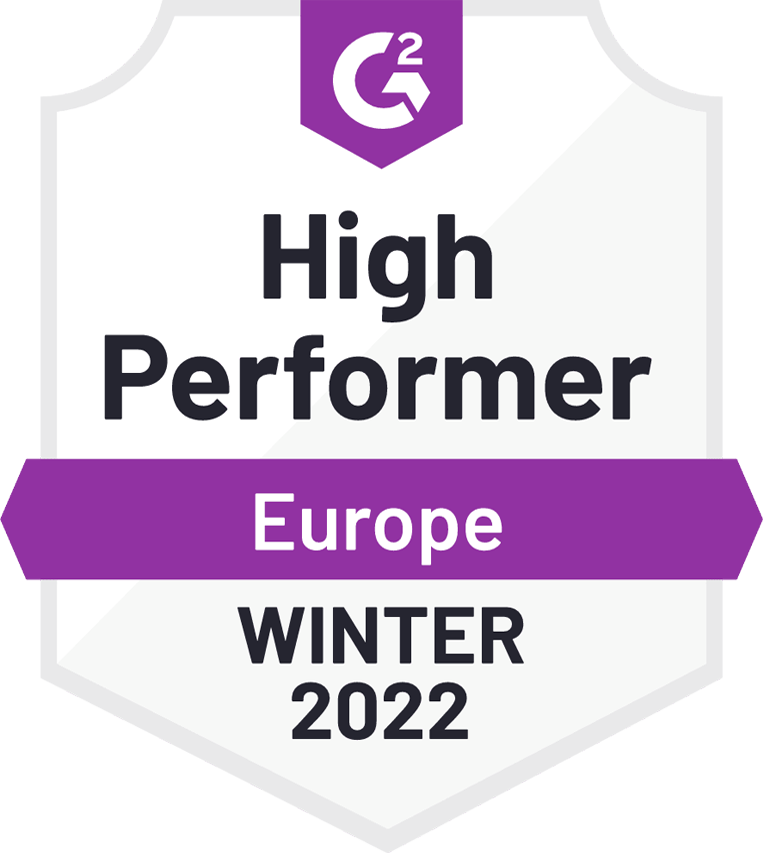